Weekend This and Thats... 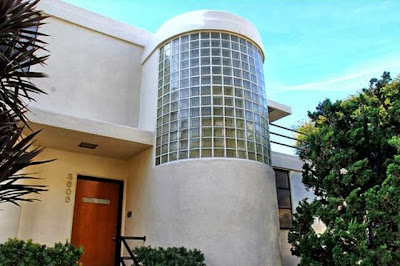 As far as we know, the property gossip lady at the L.A. Times was the first to reveal that sassy and sexy Scissor Sisters lead singer Jake Shears and his long-time man-friend, film maker Chris Moukarbel (Me @ The Zoo), dropped $1,920,000 for the Ulm House, a Streamline Moderne-style residence—sometimes attributed to architect Milton Black and other time to designer/builder William Kesling and built in 1937 in the Los Feliz area of Los Angeles (CA). Listing details indicate the 2,309 square foot has a total of four bedrooms and four bathrooms on three levels of hillside living space with a curving glass-block wall, an illuminated magnasite stairway, and "dazzling city views." 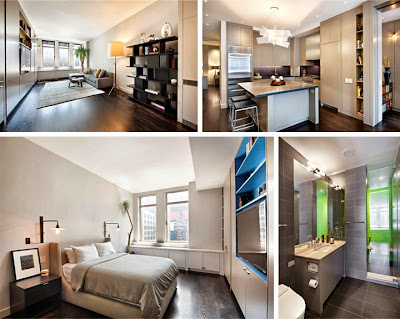 After unsuccessfully attempting to rent it out at $8,500 per month boy bander (turned satellite radio dj) Lance Bass listed his one bedroom and two bathroom condo-crib in New York City's Chelsea nabe with an asking price of $2.2. million. Mister Bass, who recently became engaged to his L.A.-based boyfriend according to the kids at Curbed, picked up the 1,300 square foot pad in the spring of 2010 for $1,495,000. Some of the notable amenities and creature comforts of the 10th floor apartment include almost a dozen closets plus loads of additional built-in storage, a windowless office with built-in Murphy bed for over-night guests, at least two flat-screen television flush-mounted into custom cabinetry.

The building, which couldn't be more convenient to the very same Whole Foods where Your Mama and The Dr. Cooter shopped when we lived in the Big Apple, is home to a number of other high-profile peeps who include Kyle MacLachlan and Tom Cruise's third ex-wife, Katie Holmes, and their fashionista toddler, Suri.

Our brief and entirely unscientific research shows Mister Bass has previously owned homes in Orlando (FL), Nashville (TN), and Los Angeles (CA), and currently maintains a home in his home state of Mississippi. 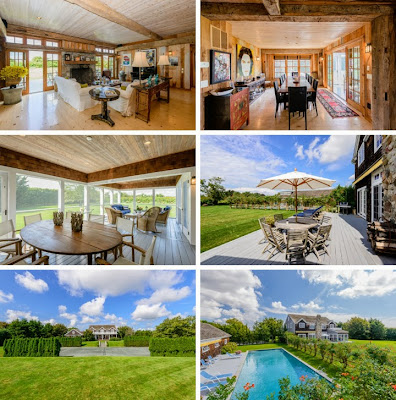 Countess Luann de Lesseps of The Real Housewives of New York City recently busted up with Jacques Azoulay, her French man-friend of three years, and, according to the kids at Curbed, has once again jumped on the real estate merry-go-round and (re-)listed her 2.2 acre spread in Bridgehampton, NY with an asking price of $9,999,000. (The manners-obsessed reality star and royal-by-marriage attempted to sell the estate in 2009 for $9.5 million.).